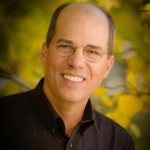 Dr. Scott Manhart is highly regarded among the community of dentists in Billings, MT. He and his team of dental hygienists and clinical assistants will discuss available options with you for your dental problems, and they will try to find the best solution that will help you.

Following graduation, Manhart spent four years working with the U.S. Public Health Service in New Mexico. During this time, his work focused on general and restorative dentistry, periodontics, endodontics, oral surgery, and community public health. He continued to be in involved in research, coordinating study populations for the National Institutes of Health.

In 1990, Manhart entered his residency in periodontics at University of Nebraska Medical Center, Lincoln. He earned both his specialty certification and a master’s degree in immunology. His research was done in coordination with University of Queensland, Brisbane Australia; where he attended on sabbatical. In 1993, Dr Manhart received the Academy of Periodontology’s highest recognition for original research in Immunology. In 1999, he completed his board exams to become a diplomate of the American Board of Periodontology.

Dr. Manhart is a continual student of the developments in dentistry in particular and health care in general. He keeps himself abreast of any new innovations in the type of dental implants, oral implant procedures, surgical procedures, and more that are developed. He attends many conferences each year. In addition, Manhart has given numerous lectures and presentations before dentists, hygienists, and dental assistants in and outside of Montana.  In addition he is instrumental in the curriculum development of the Dental Assisting Certificate program through the Adult Education at the Lincoln Center.

Dr. Manhart and his family moved to Billings in 1995. His wife is very involved in the community. She has been active in P.E.O. for many years and is currently serving as Trustee of this philanthropic organization. She also works at Lincoln Center in Community and Adult education where she has been instrumental in developing new curricula for computer training and dental assisting.

Outside of his practice, Manhart is interested in history, environmental science, forestry, and wildlife management. He works actively with his family on the reclamation of a dairy farm in Wisconsin; a project of the last 50 years. His family has been repeatedly recognized locally and nationally for their work in conservation. He likes to engage in all the activities Montana has to offer, including fishing, skiing, hiking, camping, and hunting.

Call 406-655-7970 to book an appointment. Dr Manhart and his team will be happy to see you as quickly as possible to answer any questions you may have and suggest the best course of action given your particular set of circumstances, age, and health.